Common Law Marriage — Can You Be Married Without Knowing It? 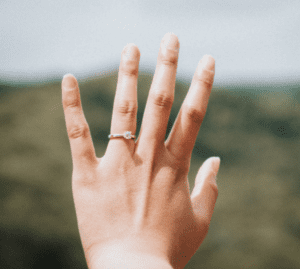 A warm, sunny beach and a man proposes marriage to a woman. He tells her that since they have been living together for four years they will be married anyway in three years because it will be a common law marriage so they might as well do it now. She said yes.

This story was told to me by a friend. It is romantic and funny. It is also based on a myth.

In Washington State and most others, there is no such thing as common law marriage.

A question I get asked frequently in social and business networking situations is:

How many years does it take to have a common law marriage in Washington State?

But like most legal questions, the answer isn’t always that simple. While there has never been common law marriage in this state there are a couple of situations in which a couple might find they have some obligation to each other that are similar to being married. I generally ask the person:

This is where the conversation is way beyond the ordinary cocktail party small talk. The person may find a “marriage like” relationship that subjects both parties to some legal consequences.

Currently there is no specific statute regarding CIR but there is sufficient legal precedent for courts finding that a couple has a legal obligation to each other similar to marriage. (With one very important difference)

The factors for a CIR are:

Thus under the theory of CIR, a court can divide property. The three pronged test a court uses is:

Complicated and confusing? It sure is!

A CIR does not obligate either party to support the other

This is a very important distinction. There is no support (alimony) in a CIR. I know several people who were unpleasantly surprised to find that even after living together for twenty years or more they were not entitled to any support.

What about child support?

Whenever a couple has a child, there is a support obligation. Married, unmarried or CIR. Child support is according to the state guidelines.

Can same sex couples have a CIR?

Yes. Since Washington State has marriage equality the same rules apply to everyone.

Can you have written agreements to protect both parties?

Not only can you, but you should. What are your intentions? What are your obligations to each other? Spell it out. Get it in writing.

If you or someone you know is looking for professional and affordable legal services to help your through the difficulty of dissolving a marriage, Contact us for a Consultation.

Learn more about divorce in Washington State with Six-Word Lessons for a Peaceful Divorce; 100 Lessons to Dissolve Your Marriage with Respect and Cooperation by Karin Quirk.